How to Watch American Netflix in Australia 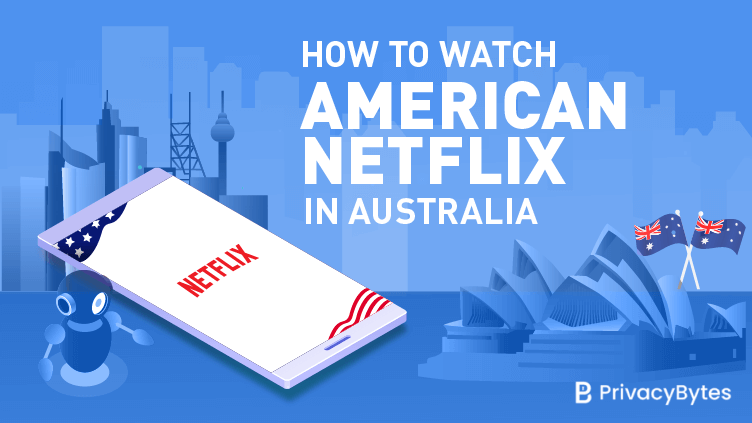 More than 13 million Australians have access to some form of subscription TV service. That’s more than 50% of the country’s total population. And for almost 10 million of them, the service they use is Netflix.

It is impressive growth for a company that only launched ‘down-under’ in 2015. Four years on, their growth rate remains at around 30% annually. Most companies can only dream of those sorts of numbers.

It is even more surprising when you look at how Netflix’s Australian service compares to its sister service. Australia can offer the sixth largest Netflix library, which sounds pretty good. But it lags a long way behind its American rival, with just over 4,900 different titles available compares to US Netflix’s 5,700+.

There may be a few things you can get on Australian Netflix which aren’t available on the American service. But the balance is skewed much more in the opposite direction.

Little wonder then that there are also a growing number of Aussies who are trying to watch the American Netflix service too. This is actually quite easy to do if you use a VPN.

In this article, we will tell you everything you need to know and answer all your questions, so you too can stream American Netflix from wherever you are in Australia.

Quick Start Guide: How to Watch American Netflix in Australia

Let’s get the important stuff out of the way early. The process of using a VPN to unblock American Netflix in Australia is a straightforward one. You don’t need any technical skills or knowledge to do it. All you need to do is follow this simple step-by-step guide. It won’t take you more than 5 minutes:

If you are wondering which VPN to use and how this all works, we have all the answers you need below.

Why Is American Netflix Different From Australian Netflix?

Apart from the shows and movies it produces itself, Netflix has to buy in the rights to all the content it streams. These rights are sold off by country, and there is plenty of competition for the most popular shows.

Inevitably, Netflix wins the rights to some shows but not others. This means that its contents library is always going to be different in every country.

Rights holders don’t want the value of their product undermined, so Netflix has a duty to try and stop people from accessing platforms from other countries and so watching content that they shouldn’t be.

To get a better idea of the variation in content on different Netflix libraries and to see what you are missing out on in Australia, take a look at unogs.com.

Netflix is required to stop overseas users accessing their platform, and to do this they use a technique known as geo-blocking.

This is quite a common method used by many websites to control who can and cannot access their contents. It involves looking at the IP Address of every user who visits the site. An IP Address is like your computer’s home address.

By looking at this IP Address, Netflix can see which country you are connecting from and will direct you to the local Netflix service.

Geo-blocking is a clever system, but it is also fairly simple to bypass. The only thing you will need is a VPN.

A VPN, or Virtual Private Network, is a really useful online security and privacy tool. It works by redirecting all your online data down an encrypted tunnel to hide it from the prying eyes of government spies and hackers. It is then passed through an external server before being sent off to its intended destination.

This server helps to hide the websites you are visiting from government spies and your own ISP. But it also causes the IP Address on your data to be changed to the IP Address of the VPN server.

A side-effect of this is that Netflix and other sites that use geo-blocking can be fooled. VPNs offer servers all over the world.

If you connect to a server located in the USA, your IP Address will be changed to an American one. This means Netflix will be tricked into thinking you are in the USA even when you are actually in Australia, and so will let you access their American only content.

Well, it tries to. Netflix is well aware that VPNs can be used in this way as are the rights holders they work with. In recent years, they have invested a lot of time and resources in trying to prevent it.

To their credit, they have achieved some considerable success. But stopping VPNs is rather like trying to hold back the tide. The only way to do is to manually identify individual IP Address belonging to VPNs and then blocking them.

The problem is that it is quite easy for VPNs to get new IP Addresses and to mask their true identity from Netflix. Some haven’t bothered trying, and these are now unable to unblock Netflix.

But many others have, and the majority of these are still able to unblock American Netflix in Australia and any other country around the world too.

What Is the Best VPN to Watch American Netflix in Australia?

Our man ‘down under’ has spent the past few weeks testing all the top VPNs to see which is the best at unblocking American Netflix in Australia. His results are now in, and there was a runaway winner.

The best VPN to watch American Netflix in Australia is ExpressVPN.

There are a few things which make ExpressVPN the top-performing VPN for Aussie Netflix fans:

Netflix is already hugely popular in Australia, but as we have revealed, the American Netflix service has considerably more to offer. No wonder that there are plenty of Australians who want to access it from ‘down under.’

As we have explained, it is quite easy to do this with a VPN. ExpressVPN has come out top in our tests and is able to unblock American Netflix and stream everything it has to offer. Give it a go and let us know how it works for you.