How to Watch American Netflix in China 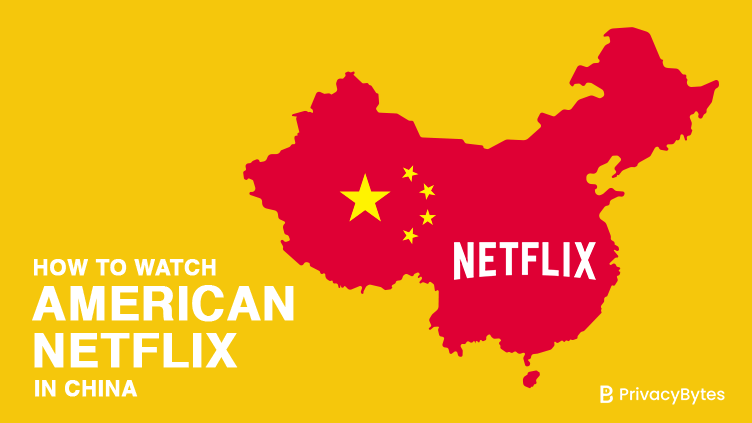 There are now only been a handful of countries which have no local Netflix service available with China being one of them.

It is not for want of trying on Netflix’s part. They have made shows aimed at attracting Chinese audiences, such as Crouching Tiger Hidden Dragon: Sword of Destiny.

They have sold the rights to some of their own shows, such as House of Cards, to Chinese platforms (it was quickly blocked by censors).

Netflix has even signed a broader licensing deal with the Baidu-owned streaming service iQiyi. But sadly, for Chinese internet users, Netflix itself remains unavailable to them. Unless they use a VPN to access the American Netflix service.

Despite the best efforts of the Chinese government to stop this, it is still remarkably easy to do. And in this article, we will explain how to do it and recommend the best VPN for the job.

Quick Start Guide: How to Watch American Netflix in China

If you’re worried about how to use a VPN to watch American Netflix in China, let’s reassure you right off the top. The process you need to follow is very quick and simple. We have compiled a short step-by-step guide you can follow:

There is nothing more to it than that. There are a few added complications from being based in China. But don’t worry, keep reading and we will address all of these and provide the answers.

Why Is Netflix Not Available in China?

The government of China exercises strict controls over what the people of China can and cannot access online. The censorship tool is known as the Great Firewall, and it blocks access to the majority of websites that people in the rest of the world take for granted.
Netflix is usually reluctant to censor content. There are some countries where they have cut certain scenes that might be viewed as explicit or blasphemous. They are certainly not prepared to go to the lengths required by China’s government.

As a result, they have not tried to launch a service there yet. They do, however, desperately want access to the huge Chinese market.

There is another reason why American Netflix is not available in China. Netflix buys up the rights to its various shows by country. There is competition for these rights, which is why every Netflix service in every country is different.

Because they don’t have a Netflix service in China, they don’t buy up the rights to stream content there. As a result, they are required to block access to all of their services for Chinese internet users.

This means that even if the government did unblock Netflix, Netflix themselves would still have to stop Chinese internet users watching. They do this using a technique known as geo-blocking.

Geo-blocking looks at an internet users IP Address to determine which country they are connecting to the internet from. If you don’t know the term, an IP Address is like the home address of your computer.

If your IP Address tells them you are in China, Netflix will stop you logging onto American Netflix or any other country’s Netflix service.

How Can I Unblock Netflix in China?

Despite both Netflix and the Chinese government trying to stop you, it is quite easy to unblock Netflix in China. All you will need is access to a Virtual Private Network or VPN.

A VPN is an online security and privacy tool which redirects all your internet data down an encrypted tunnel and through an external server before it is sent to the websites or services you are visiting.

In China, VPNs are essential tools for anyone who wants to bypass the Great Firewall. They are already widely used by ex-pats, government officials, and many locals.

You can use a VPN in China to access all sites blocked by the government, including Netflix. It works by encrypting your internet data to hide what you are doing from the government’s prying eyes. It then passes your data through an external server which replaces your own IP Address with the IP Address of the VPN server.

This stops anyone from seeing where your data is going. If the server is in America, it will also fool Netflix into thinking you are in the USA too. They will therefore happily let you log-in and stream content from their American service.

It does try and it is doing better than most. As part of its 2016 global expansion, Netflix stepped up efforts to try and stop people using VPNs to stream from other countries.

The Chinese government has also tried to block VPNs. Both have encountered the same problem.

Blocking VPNs entirely is almost impossible. They must manually block every IP Address used by every VPN. There are millions of these, and they can be changed pretty easily.

Some VPNs have not tried to fight back and they don’t work with Netflix or in China anymore. But others have found innovative ways to mask their IP Addresses from Netflix and others. As a result, most of the very best VPNs can still unblock Netflix in China.

VPNs do cost a small amount each month. But in China, where a VPN is needed to access so much of the internet, a VPN is a necessary expenditure. And if you are going to buy one, you might as well as choose one that can unblock Netflix too.

What Is the Best VPN to Watch American Netflix in China?

We have tested all of the top VPNs to see which ones still work in China and are able to unblock American Netflix there too.

Our results show that the best VPN to watch American Netflix in China is ExpressVPN.

There are several reasons why ExpressVPN is our top recommendation.

If you want to watch American Netflix in China, there are two reasons you might want a VPN. The first is the government’s online censorship, and the second is Netflix blocking users from watching their service from China.

Both of these issues can be resolved with a VPN which will get you round the Great Firewall and Netflix’s defenses. Our tests have found that ExpressVPN is the best VPN for the job. Give it a try and let us know how it works for you.