How to Watch American Netflix in Dubai 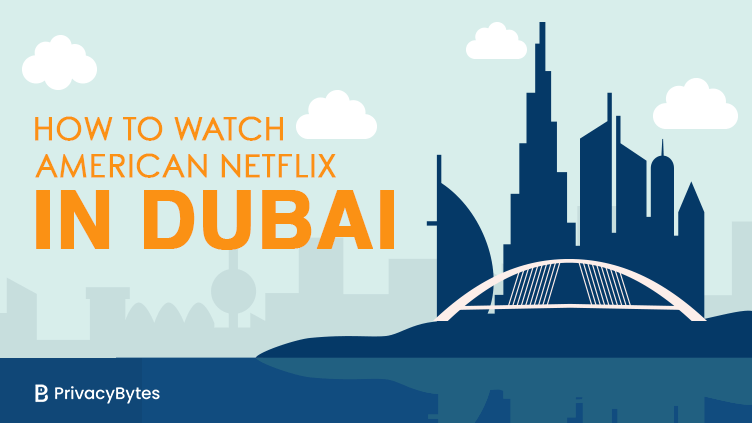 Recent data suggests that that UAE Netflix has fewer than 500 movies and under 200 TV shows available. In contrast, US subscribers can enjoy more than 4,000 movies and well over 1,200 TV shows.

There is also the issue of censorship. The UAE is a majority Islamic state and has very conservative values. This means Netflix tends to censor content, which might be either illegal or offensive under local laws and customs.

The result is some content or scenes which contain explicit or blasphemous content are either edited or completely removed.

Add in Dubai’s huge ex-pat communities from the USA and around the world, and it is no surprise many people are wanting to watch American Netflix in Dubai.

Fortunately, with a VPN, it’s still possible to watch American Netflix in Dubai. And in this article, we’re going to show you how.

Quick Start Guide: How to Watch American Netflix in Dubai

For those keen to get going, let’s begin with a simple step-by-step guide on how to watch American Netflix in Dubai. As you will see, it is surprisingly easy, and you should have everything ready to go in just a few minutes:

It really is as simple as that. All that is left for you to decide is which VPN to use. There are a lot of VPNs out there that claim to be the best. But we’ve tested them all to come up with the definitive choice. If you want to know what we recommend, keep reading.

Why Is American Netflix Different From UAE Netflix?

Streaming platforms like Netflix have to buy up the rights to all of the shows and movies they don’t make themselves. Because there is competition for these rights, Netflix will only ever win the rights to show some things in some countries.

This means that every Netflix platform is different. American Netflix has been around the longest, so it is no surprise that it has more movies and TV shows than just about any other Netflix service. It certainly has a lot more available than UAE Netflix.

But the subscription price for UAE is similar to the American Netflix platform, which means US Netflix users are getting a lot more for the same money.

There is also the issue of censorship. In the UAE, some Netflix content is censored to remove explicit or blasphemous content. There is no such censorship on US Netflix, which means they get to watch every minute of every show.

The rights to TV shows and movies are a valuable commodity, and Netflix is duty-bound to protect them. This is why Netflix has introduced technology to try and stop people from watching Netflix platforms from other countries.

This technology is called geo-blocking, and it works very simply. When you visit Netflix, their site analysis your IP Address. An IP Address is like your computer’s home address and tells websites where you are logging on from.

If your IP Address says you are in Dubai, Netflix will only let you access Netflix UAE. If you try to visit another platform, Netflix will force you back to the UAE service.

But, while geo-blocking is simple, it is also quite easy to bypass with a VPN.

To get around Netflix geo-blocking, you will need a VPN. When you connect to a VPN, it does two main things.

Firstly, it redirects all your internet data down an encrypted tunnel to stop anyone else seeing what you are doing online. Then it passes this data through an external server.

VPNs operate servers all over the world. If you connect to a US-based server, the IP Address your data is tagged with will tell Netflix you are located in the USA.

Netflix will therefore automatically redirect you to their American service, and you can enjoy all the extra TV shows and movies available from the comfort of your home in Dubai, or anywhere else for that matter.

Netflix does try to block VPNs, but blocking VPNs is rather like holding back the tide. It’s almost impossible.

The only way to block VPNs is to identify and blacklist every IP Address associated with each VPN. And there are an awful lot of those.

To their credit, Netflix has committed a considerable amount of time and resources to this fight and had some success. But if VPNs want to fight back, there are several ways they can do this. Some will regularly change IP Address while others use various techniques to hide the IP Addresses they are using.

The result is that while some VPNs can no longer unblock Netflix, a number still can.

What Is the Best VPN to Watch American Netflix in Dubai?

The $64,000 question is which VPN is best for watching American Netflix in Dubai. We have tested all of the VPNs still able to unblock Netflix to see which offers the best service. Our results showed that there was one VPN which outperformed all the rest.

The best VPN to watch American Netflix in Dubai is ExpressVPN.

There are several different reasons why we have come to this conclusion:

If you want to watch American Netflix in Dubai, you will need a VPN, and our tests show that ExpressVPN is the best one to choose.

Give it a try and let us know how it works for you.