How to Watch American Netflix in France 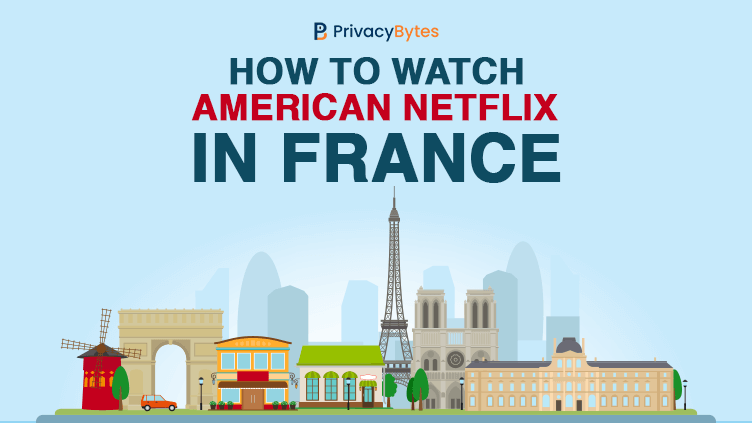 It is also quite surprising when you dig into the details of how French Netflix compares to its other international Netflix platforms. The truth is that Netflix’s French platform is a pale imitation of many others.

But despite the disparity, French Netflix subscribers are still paying more per month for their service than Americans. Throw in the number of ex-pats who live in France, and it is no surprise that while Netflix has plenty of French subscribers, there are also a lot of people in France who want to access American Netflix too.

It is actually quite easy to do this if you use a VPN, and in this article, we are going to tell you everything you need to know to unblock American Netflix in France.

Quick Start Guide: How to Watch American Netflix in France

If you are in a hurry and just want to start watching, then here is a quick guide to get everything set up fast. Follow these six steps, and you can be watching American Netflix in France in no more than a few minutes:

There is nothing more to it than that. The only thing you have to decide is which VPN you want to use. But we have done the hard work there too. To find out which VPN we recommend, just keep on reading.

Why Is American Netflix Different From French Netflix?

The big discrepancy between American and French Netflix comes down to an issue of rights. Apart from the shows it produces itself, Netflix has to buy up the rights to all of the content it streams.

These rights are sold by country and Netflix is far from the only bidder. Inevitably it wins some auctions, but not others, and the end result is that it holds the rights to stream different shows in every country.

Netflix is a US company and has been in that market the longest. It should, therefore, be no surprise to learn that they have held the rights to stream more shows there than almost everywhere else.

Netflix is obliged to protect the content owners it buys from. This means it has to try and stop people from watching movies and shows from countries it isn’t licensed to stream to.

It does this using a technique known as geo-blocking. Geo-blocking works by analyzing the IP Address of every person who visits the Netflix website. An IP Address, if you were wondering, is like your computers home address and can tell Netflix which country you are in.

If your IP Address tells Netflix you are in France, they will automatically redirect you to their French service and block access to all others. It is a clever system but not foolproof. It is possible to bypass Netflix’s geo-blocking.

A Virtual Private Network or VPN is a popular online security and privacy tool which has the added benefit of being able to unblock sites like Netflix.

VPNs work by redirecting your internet traffic down an encrypted tunnel and then through an external server before sending it to the websites you want to visit.

By encrypting your data, a VPN keeps everything you do online secure. Rerouting data through a server helps to keep it private, and it does this by changing the IP Address your data is tagged with to the IP Address of the VPN server.

Because VPNs operate server networks all over the world, it is possible to redirect your data through a server in another country, such as America. When it passes through this server, it is then tagged with an American IP Address.

That means when you try to visit the Netflix website, it will think you are in American rather than France and let you watch American Netflix instead of French Netflix.

Well, it does try to. Netflix knows that some people use VPNs in this way and, under pressure from the content owners, they have had a go at blocking VPNs from being used in this way.

To their credit, they have done pretty well. But the truth is that the only way to block a VPN is to individually identify and block every IP Address used by every VPN provider. This is likely to number millions.

Some VPNs have also fought back against this practice. They can change IP Addresses quite easily and also employ different methods to obfuscate their service. This means that, while some VPNs can no longer unblock Netflix, plenty more still can.

What Is the Best VPN to Watch American Netflix in France?

His results have come back to us, and he has found that there is one VPN that consistently outperforms the rest.

Our recommendation for the best VPN to watch American Netflix in France is ExpressVPN.

There are quite a few reasons why ExpressVPN was the standout performer:

French Netflix is growing in popularity, but the truth is it offers far less than its American equivalent. This is why there are also a growing number of people wanting to unblock American Netflix in France.

With ExpressVPN you can do this and enjoy a much wider range of TV shows and movies for a lower monthly price. Give it a try and let us know how it goes.