How to Watch American Netflix in India 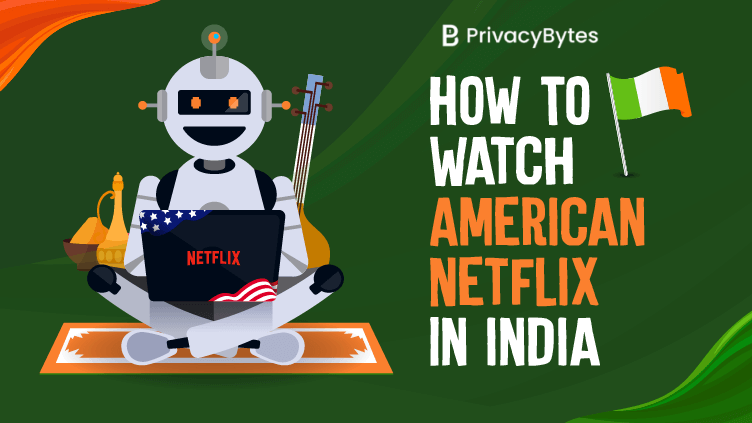 Netflix really wants to break the Indian market, and Indian TV fans really want Netflix to succeed. But since launching in 2016, their progress has been slow and steady.

India has more than 300 million households, and all are potential subscribers. But to date, Netflix is thought to have only secured around half a million of them. There are a few reasons for this.

In India, Netflix is still something of a premium service. Its monthly subscription costs are well out of the reach of many ordinary working Indians. It also faces competition from at least 30 other broadcasters, many of whom offer free access to movies and TV shows.

Then there is the issue of censorship. India is still a fairly conservative country and has chosen to avoid the risk of regulation by self-censoring a lot of its content for Indian audiences. For Indian fans, who want to enjoy the best Netflix shows in their entirety, this is a great frustration.

It is also one of the reasons why so many Indian’s are looking to access the American version of Netflix. It has more titles, and there is absolutely no censorship.

It is actually pretty easy to watch American Netflix in India. All you need is a VPN, and in this article, we are going to explain everything you need to know to enjoy the best Netflix content in the world from anywhere in India.

Quick Start Guide: How to Watch American Netflix in India

If you are one of those people who doesn’t want to keep reading, but just wants to get watching, we hear you. So, let’s begin with a simple Quick Start Guide. Just follow these few steps, and you can unblock the content you want and start enjoying American Netflix in India in just a few minutes.

The main question left for you is which VPN to choose. We have tested all the best VPNs to see which works best for unblocking American Netflix in India. But if you want to know our top recommendation, you’ll have to read a little further.

Why Is American Netflix Different From Indian Netflix?

There are two main reasons why American Netflix differs from Indian Netflix. The first is down to an issue of rights.

Netflix has to buy up the rights to the shows it broadcasts, and these are sold by country. There is always competition for rights, and Netflix doesn’t always win its bidding wars. As a result, every Netflix platform has a different range of shows and movies available.

Netflix India currently offers an estimated library of around 4,700 titles. This is around 1,000 fewer titles than the American Netflix. Given that the two platforms charge approximately the same price for a basic monthly subscription, that is a big difference.

To find out more about which TV shows and movies Indian Netflix fans are missing out on, take a look at unogs.com.

Then there is the issue of censorship. Netflix has chosen to self-censor some online content to keep on the good side of India’s rather conservative media regulators.

This means that even the shows that are available are often missing scenes. If anything can be considered explicit, blasphemous, or offensive to Indian culture in some way, the chances are that Netflix will have cut it.

Because rights are bought up by country, Netflix is obliged to stop people from watching platforms based in different countries. It does this using a technique known as geo-blocking.

Geo-blocking works by looking at the IP Address of every user who visits a site. An IP Address is like the home address of your computer and tells websites you visit where you are located.

If your IP Address tells Netflix you are based in India, it will only direct you to the Netflix India site and will block access to all other Netflix platforms.

It is actually remarkably simple to trick the Netflix service into letting you bypass this geo-blocking technology. What you need to do is use a VPN.

A Virtual Private Network or VPN is primarily an online security and privacy tool. It encrypts everything you do online and re-routes it through an external server. When it passes through this server, your IP Address is replaced with the IP Address of the VPN server.

If this server is in the United States, that means your data now has an American IP Address. Therefore, if you try and visit Netflix, you will be able to open the US Netflix service, regardless of whether you are located in India or anywhere else for that matter.

It certainly tries to. Netflix is well aware that VPNs can be used in this way. They have come under great pressure from rights holders to stop VPN users and in recent years have invested a lot of time and resources into doing just that.

To their credit, they have enjoyed considerable success. But the only way to stop VPNs is to block all their IP Addresses manually, and this is a bit like trying to hold back the tide.

Some VPNs have not tried to fight back, and they are no longer able to unblock Netflix. But others have changed IP Addresses or used other obfuscation techniques to avoid detection.

As a result, there are still plenty of VPNs which can unblock American Netflix in India and other countries around the world too.

What Is the Best VPN to Watch American Netflix in India?

Of those that can unblock American Netflix, which is best? We have tested all the VPNs that can still unblock Netflix to see which is best.

The results are now in, and the best performing VPN by some distance was ExpressVPN.

In the end, it was pretty clear-cut. There were several features of ExpressVPN which put it head and shoulders ahead of the competition:

There are several drawbacks to the Indian Netflix service, which is why so many Indians are keen to access American Netflix instead. Fortunately, with a VPN, this is quite easy to do.

ExpressVPN is the best tool for the job. With ExpressVPN you can enjoy fast connections to a huge library of content with absolutely no censorship in sight. Give it a try and let us know how it works for you.