How to Watch American Netflix in Indonesia 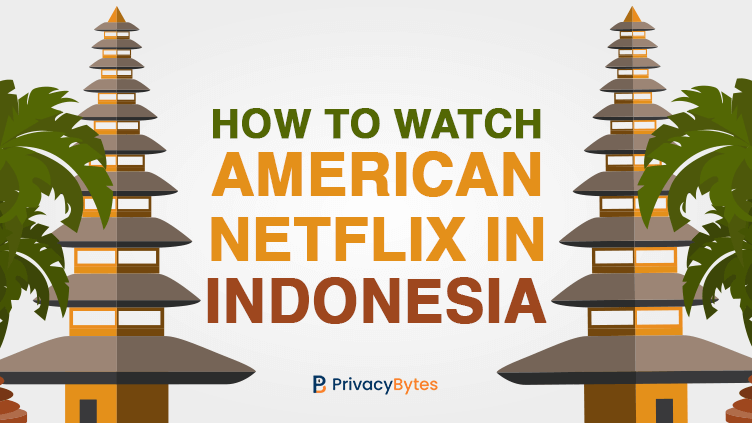 Indonesia has the fourth largest population in the world, with an estimated 264 million people making it a very attractive market for Netflix.

However, since Netflix Indonesia launched they have made modest progress. Since launching in 2016, Netflix has only managed to secure an estimated 237,000 subscribers. While this is predicted to double each year until 2020, it is still only a small fraction of the potential market.

There are a few possible reasons for this. Until very recently, Netflix didn’t offer a user interface or subtitles in the native Bahasa language. Indonesia is also a conservative Muslim country which has seen Netflix forced to censor some content to comply with local laws, morals, and ideals.

Then there is the fact that it costs more to subscribe to Netflix Indonesia than it does American Netflix. This is despite the fact that Indonesian Netflix offers considerably fewer movies and TV shows than their US platform.

It is therefore little wonder that while subscriptions to Indonesian Netflix remain low, there are still a substantial number of Indonesians who want to access American Netflix.

It is actually quite easy to do this from Indonesia but only if you sign up for a VPN. In the article, we will explain exactly what you need to do. Even better, we will also reveal which VPN is the best for the job.

Quick Start Guide: How to Watch American Netflix in India

If you are in a hurry to get watching or just not a big reader, you will just want to skip to a simple guide of how to unblock American Netflix in Indonesia. So here you are – a straightforward six-step guide to help you start enjoying US Netflix in no more than a few minutes:

The only thing that’s left for you to decide is which VPN to use. There are a lot to choose from, but we have tested them all to find the best. If you want to know our number one recommendation, just keep on reading.

Why Is American Netflix Different From Indonesian Netflix?

The main difference between American Netflix and Indonesian Netflix comes down to an issue of rights. Netflix has to buy up the rights to all the shows on its platform that it doesn’t make itself. There is plenty of competition for these rights, which means Netflix doesn’t always win.

Netflix has been online in the USA for far longer than it has in Indonesia, so it inevitably holds the rights to show more TV shows and films there. However, as we mentioned above, this difference in quantity isn’t reflected in the subscription cost.

Then there is also the question of censorship. Indonesian law and custom requires Netflix to censor any content that could be deemed explicit or blasphemous. This means that a lot of content that is freely available on American Netflix is censored in Indonesia.

To find out more about which TV shows and movies can be watched on American Netflix but not Indonesian Netflix, take a look at unogs.com.

As we have explained, the rights to TV shows and movies are sold by country and rights holders are understandably keen for streaming services to only make content available where they have permission to do so.

As a result, Netflix uses something called geo-blocking to stop people from accessing Netflix services from different countries. Geo-blocking analyses the IP Address of every visitor to the Netflix website. If that is a new term for you, an IP Address is like your computer’s home address. It tells websites where you are logging on from.

If your IP Address tells Netflix you are located in Indonesia, they will only let you access the Indonesian Netflix service. But, with a VPN, it is possible to fool this system.

When you connect to a VPN, two things happen. Firstly, all your online data is encrypted. This secures it and stops anyone from seeing what you are doing online.

This encrypted data is then redirected through one of the VPN’s own servers. When this happens, the IP Address your data is tagged with, changes to that of the server. This is a privacy feature, but it helps to bypass geo-blocking too.

Because VPNs offer servers around the world, it is possible to change your IP Address to one from a different country. So, to access American Netflix, all you have to do is connect to a US-based VPN server. Netflix will then be fooled into thinking you are in the US, even when you aren’t.

It tries to very hard. Netflix knows full well people in countries like Indonesia use VPNs in this way, and it is committed to trying to stop the practice. But that is something much easier said than done.

The only way Netflix can stop people using VPNs is to block all IP Addresses used by VPNs individually. But there are hundreds of thousands of these, and it is rather like looking for a needle in a haystack. They have enjoyed some success, and some VPNs now don’t work with Netflix.

But others have found ways to hide or change the IP Addresses they use, and they can therefore still unblock American Netflix with ease.

What Is the Best VPN to Watch American Netflix in Indonesia?

We have tested all of those VPNs that still work with Netflix to see which is best for users in Indonesia. Our results show that the best VPN, by some margin, for Indonesian Netflix fans is ExpressVPN.

The test results were about as conclusive as it gets, but there are a few features of ExpressVPN that made it really stand out from the pack:

There are several reasons why so many Indonesians are more interested in streaming American Netflix than their own national service. Whether you want lower fees, more content, or uncensored TV shows and movies, a VPN is the solution for you.

ExpressVPN is the best VPN for the job. Give it a try and let us know how it works for you.