How to Watch American Netflix in Mexico 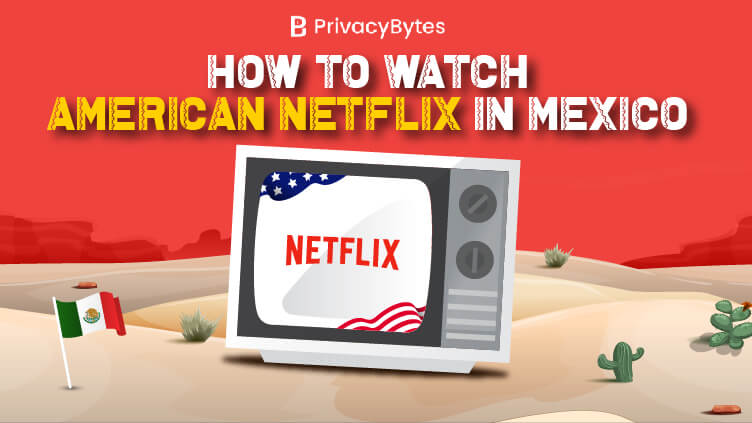 Mexico is a big market for Netflix. As a close neighbor and with the US having a sizable Mexican-American population, it is no surprise that they are planning to produce a lot of new content in Mexico in the coming years.

Many internet users have also pointed out that a lot of Mexican content is outdated, whereas American Netflix offers lots of current TV shows and movies.

Fortunately, with a VPN, they can. In this article, we are going to show you everything you need to know to start watching American Netflix n Mexico today.

Quick Start Guide: How to Watch American Netflix in Mexico

If you are eager to start watching, then why not just get down to it. To help, we are going to begin with our Quick Start Guide. Just follow these simple steps, and you can be enjoying American Netflix in Mexico in no more than a few minutes.

That’s all there is to it. The only challenge for you is to decide which VPN to use. But we can help you out there too. If you want to know which VPN our tests found was best at unblocking American Netflix in Mexico, just keep on reading.

It all comes down to rights. Apart from shows Netflix makes itself, it has to buy up the rights to the content it streams. These rights are sold by country, and in a competitive market, Netflix doesn’t always win the auction.

This means that Netflix shows different TV shows and movies in every country where it operates. And because Netflix started out in the US, it is here where they hold the most content rights.

As Netflix expands in Mexico, they are likely to spend more money to secure the rights to more TV shows on their Mexican Netflix platform. But for now, the blunt fact is that Mexican Netflix offers less than half the number of TV shows and Movies that American subscribers across the border can enjoy.

To find out more about which TV shows and movies are available in different countries on Netflix, take a look at unogs.com.

Netflix is obliged to try and stop people from watching content in Mexico that they don’t have the right to stream there. Since Netflix’s big global expansion in 2016, they have had to work harder to enforce this.

They do it using a technique known as geo-blocking. When you visit Netflix, their website will take a look at your IP Address to see where you are connecting from. An IP Address is like your computer’s home address. It tells websites like Netflix where you are logging on from.

If your IP Address says you are in Mexico, the Netflix website will direct you to the Mexican Netflix platform. It will not let you access American Netflix or any other Netflix service around the world.

It is a simple enough technique, but fortunately, it is also quite easy to bypass with the help of a VPN.

When you connect to a VPN, your internet data is redirected down an encrypted tunnel and then passed through an external server operated by your VPN provider, before it reaches the websites you are using.

This has two effects. Firstly, it stops anyone from being able to see what you are doing online and secondly it masks your actual location.

When your data passes through the VPN server, it is tagged with the IP Address of that server instead of your own. This is primarily a privacy-protection mechanism, but it also has the added benefit of helping to unblock sites like Netflix.

Because VPNs operate server networks around the world, if you connect to a server in another country, it is possible to make it appear that you are in that country. So, connect to a US-based server, and your internet data is given a US IP Address. This means that when you visit the Netflix website, they think you are in the US and redirect you to the American Netflix service instead of the Mexican one.

Yes. Well, it tries to anyway. But completely blocking all VPN’s is almost impossible.

The only way Netflix can stop VPN users accessing their service is to individually identify and block every IP Address used by every VPN. And the truth is that there are millions of them.

To their credit, Netflix has had a decent go of it. There are now many VPNs that can no longer unblock their service. But if a VPN provider wants to get around this, there are ways that they can.

Several VPNs have found ways to either change IP Addresses or mask the actual IP Addresses they are using. The result is that there are still some VPNs that can unblock American Netflix in Mexico and, for that matter, anywhere else too.

What Is the Best VPN to Watch American Netflix in Mexico?

So, which VPN should those who want to watch American Netflix opt for? We have tested all the main VPNs that can still unblock Netflix to see how they performed. The results showed that there was one provider that stood head and shoulders above the rest:

The best VPN to watch American Netflix in Mexico is ExpressVPN.

There are a number of different features which made ExpressVPN the standout performer:

With a VPN they can, and as we have explained the best VPN to use is ExpressVPN. Give it a try and let us know your experience.