How to Watch American Netflix in Russia 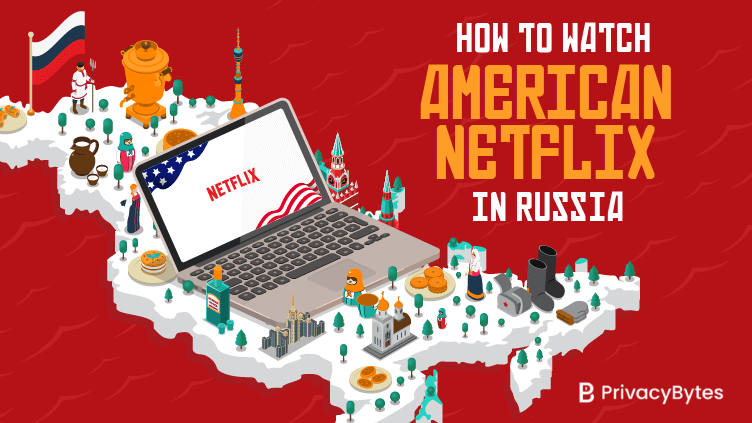 Netflix first arrived in Russia back in 2016 as part of its global expansion. Since then, they have garnered an extremely modest share of the audience in the face of both competition and pressure from the Russian government.

In 2017, Russia passed a law limited foreign ownership of streaming services like Netflix to 20% if they had more than 100,000 subscribers. While Netflix has not confirmed Russian subscriber numbers, the government says they fall below this threshold.

There are plenty of Russian’s and ex-pats in Russia who are desperate to access as much western entertainment as possible. It is, therefore, no surprise to learn that there is a big demand to access American Netflix. Arguably more so than its Russian equivalent.

The truth is that this is pretty easy to do. All you need is access to a VPN, and in this article, we are going to show you everything you need to know to unblock American Netflix in Russia.

If you are one of those people who just want to get watching, we will begin with our Quick Start Guide. Just follow these few simple steps and you can be watching American Netflix in Russia in no more than ten minutes.

It’s as simple as that. The only thing you need to think about is which VPN to use. Keep reading to see which VPN provider gets our top recommendation for unblocking American Netflix in Russia.

Why Is American Netflix Different From Russian Netflix?

The difference between Russian and American Netflix comes down to an issue of rights. The rights to stream TV shows and movies are sold by country. There is plenty of competition for these rights, and Netflix doesn’t always win the auction.

As a result, they always end up with the rights to show different content in different countries. Netflix has been online in the USA far longer than Russia or any other country. It is therefore inevitable that they have more content to offer there than anywhere else.

Under the terms agreed when they buy these rights, Netflix is not allowed to make content available in any country where they do not hold the rights. To try and stop people doing this they use a technique known as geo-blocking.

Geo-blocking works by checking the IP Address of every user that visits the Netflix website. An IP Address is like your computer’s home address. It tells Netflix where you are. If your IP Address reveals that you are in Russia, Netflix will automatically redirect you to the Russian Netflix site. You will not be able to access American Netflix or any other national service.

It is a simple but clever system. But there is quite an easy way around it. All you need is a VPN.

A VPN or Virtual Private Network is an online security and privacy tool. It works by encrypting all your online data to stop hackers or online spies from seeing what you are doing online.

It then redirects all your data through an external server to help protect privacy. This bit works by masking your IP Address and a side effect of this is the ability to unblock Netflix.

This is the IP Address Netflix sees when your data hits their website. It means they will think you are in the USA and so redirect you to their American service rather than their Russian one.

It tries to, and so does the Russian government which is growing increasingly protectionist about its internet. But both can only achieve so much.

This is because VPNs are extremely different to disrupt. The only real way to do it is to identify and block every single IP Address associated with every VPN. That will number millions and is a time-consuming and resource-intense task.

It is also relatively straightforward for VPNs to get around such blocks too. There are different techniques they can use to change their IP Addresses or hide them from Netflix.

This means that there are still plenty of VPNs that work in Russia and quite a few of those can unblock American Netflix in Russia too.

What Is the Best VPN to Watch American Netflix in Russia?

The big question is, which VPN is best at unblocking American Netflix in Russia. Our agents inside Russia have been quietly testing all of those that still work in the country to see which does the best job.

Their results prove categorically that the best VPN to watch American Netflix in Russia is ExpressVPN.

There are several different reasons why ExpressVPN is our number one recommendation:

There are plenty of reasons why you might want to unblock American Netflix in Russia. More content, better value for money, and a more dependable service are the top ones.

To do it, you will need a VPN, and ExpressVPN is our top recommendation. Why not give it a try today and let us know your experience. We always try to respond to every comment left on our site, so please do share your thoughts and questions with us.