How to Watch American Netflix in Singapore 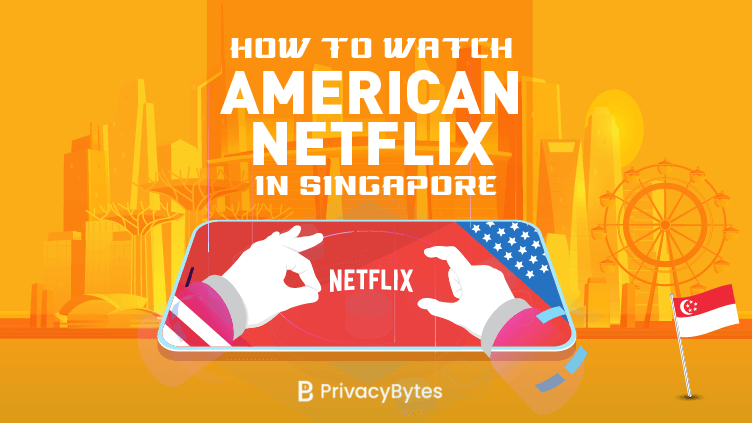 The prosperous city-state of Singapore is a vibrant international community where Netflix should thrive. It’s seen steady growth in subscribers since its launch in 2016, but with numbers estimated at just over 150,000 in a country with a population of over 5.6 million, there is still plenty of room for improvement.

There are a couple of possible reasons for this. Firstly, Singaporean Netflix offers far less content than many other Netflix platforms. Recent figures show that in Singapore, Netflix offers 2,218 movies and 1,050 TV shows. In comparison, American Netflix has around 4,000 movies and well over 1,600 TV shows.

Then there are the subscription prices. Singapore and American Netflix users pay comparable monthly prices. But because Singaporean Netflix has less content, users are paying an estimated 36% more per title.

With a large ex-pat population thrown in as well, it is little wonder that there is a big demand in Singapore to watch American Netflix.

Fortunately, you can, if you use a VPN. In this article, we will show you how to unblock American Netflix in Singapore as well as reveal which VPN our tests have found to be the best for the job.

Quick Start Guide: How to Watch American Netflix in Singapore

If you just want to start watching, all you will need is a step-by-step guide on how to get things up and running. So, here you are. Follow these few steps, and you can begin enjoying American Netflix in Singapore in just a few minutes.

It’s as easy as that. The only thing you have to decide is which VPN to use. If you want to know which one we recommend, keep reading.

Why Is American Netflix Different From Singaporean Netflix?

Netflix doesn’t just offer fewer movies and TV shows in Singapore out of spite. It all comes down to what they hold the rights to stream.

Apart from the content they produce themselves, Netflix has to buy up the rights to everything it streams. These rights are sold by country and Netflix are far from the only bidder.

They will only win some auctions, and this means that they end up with a different library of content in every country. Because Netflix began its life in the USA, it is no big surprise that they have a bigger content library than most other countries.

Netflix is not allowed to let people from other countries access American Netflix as part of the deals they sign when they buy up rights. Since its big global expansion in 2016, Netflix has taken this far more seriously.

They use a technique called geo-blocking to try and stop people from accessing content in other countries. Geo-blocking works by looking at your IP Address when you visit the Netflix website. An IP Address is like your computer’s home address and tells Netflix where you are connecting to the internet from.

If your IP Address tells Netflix you are in Singapore, their website will direct you to the Singaporean Netflix platform and block access to all others.

Geo-blocking might sound fool-proof, but there is a simple way to bypass it. All you need is a VPN.

A Virtual Private Network (VPN) is an online security and privacy tool. It works by redirecting all of your internet traffic along an encrypted tunnel and then passing it through an external server before it heads off to the websites you want to visit.

The encryption means what you are doing online is secure and hidden from prying eyes. Passing it through another server is a privacy mechanism because it retags your data with the IP Address of the VPN server rather than your own internet connection.

This is the important bit if you want to watch American Netflix in Singapore. VPNs offer servers located all over the world. If you choose a server based in the US, the new IP Address attached to your data will be an American one.

This means when you visit Netflix, they will think you are in the USA and redirect you to American Netflix rather than Singaporean Netflix.

This means you can watch American Netflix regardless of where in the world you are actually located.

Good question. Netflix certainly claims to block all VPN users from accessing their service. But, in practice, their efforts are far from 100% successful.

The fact is that blocking all VPNs is all but impossible. The only way to do it is to manually identify and block every individual IP Address used by every VPN provider. This will number millions and is a hugely resource-intensive and time-consuming task.

It is also like a game of cat and mouse. If a VPN wants to, it can change its IP Addresses or use different techniques to hide them from Netflix.

Those VPNs that choose not to play this game will not now be able to unblock Netflix. But there are still plenty that are able to unblock American Netflix in Singapore and, for that matter, anywhere else in the world too.

What Is the Best VPN to Watch American Netflix in Singapore?

The big question is which VPN is best to use to unblock American Netflix in Singapore. Our man in the city has been testing all of the best VPNs to see which is best for the job. The results are in, and there was one VPN which comfortably outperformed all the rest.

Our recommendation for the best VPN to watch American Netflix in Singapore is ExpressVPN.

There are quite a few reasons why ExpressVPN was the standout performer:

Netflix fans in Singapore are stuck with a substandard and overpriced service when compared to American Netflix. Little wonder that so many Singaporeans want to watch American Netflix instead.

With a VPN they can, and our tests have shown that ExpressVPN is the best provider for the job. Give it a go and let us know how it works for you.