How to Watch American Netflix in South Korea 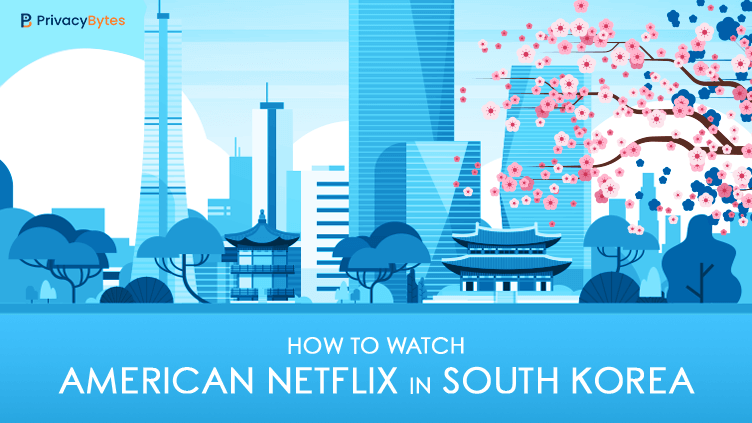 Since Netflix first launched in South Korea back in 2016, it has made slow but steady progress. There are currently an estimated 1.5 million subscribers, but in a country of more than 51 million people, there is scope for much more growth. This is especially true within South Korea’s sizable ex-pat population.

This slow progress may be in part down to a limited offering of local content. But Netflix is known as a western streaming service, and the blunt fact is that their offering for the Korean market is far less impressive than many other countries.

Overall, South Korean Netflix offers around 2,500 movies and slightly fewer than 1,000 TV shows. This compares to more than 4,000 movies and 1,500 TV shows for US Netflix subscribers. It is a big difference, especially when monthly subscriptions costs are broadly the same.

So, if Korean Netflix users or ex-pats want western content, they can get much more by accessing American Netflix. This is quite easy to do with the help of a VPN, and in this article, we will show you how to do that and which VPN is the best to use.

For those who just want to get watching, we’ll begin with our Quick Start Guide. Just follow these few simple steps and you can be enjoying American Netflix in South Korea in no more than a few minutes.

That’s really all there is to it. The only thing you need to think about is which VPN to use. If you want to know which one we recommend, keep on reading.

Why Is American Netflix Different From South Korean Netflix?

There is a good reason why American Netflix can offer so much more content than South Korean Netflix. It comes down to an issue of rights.

Netflix has to buy up the rights to any content it doesn’t produce itself. These rights are always sold off by country, and there is plenty of competition for them.

Netflix will win some auctions and lose others. The result is that they end up holding different rights in every country they operate.

Because Netflix started out in American, it is no surprise that they hold more content right there than anywhere else. One day that might change, but now American Netflix offers substantially more TV shows and movies than almost every other Netflix service.

Why Can’t I Access American Netflix in South Korea?

To do this, they use a technique known as geo-blocking. Geo-blocking works by analyzing every user’s IP Address when they visit the Netflix website. An IP Address is like your computer’s home address. It tells Netflix where you are located when connecting to the internet.

If your IP Address reveals that you are in South Korea, Netflix will only let you connect to their South Korean service. Even if you enter the URL of another country’s Netflix, you will be automatically redirected.

It is a clever technique. But there is a way to bypass it. To do that, all you need is a VPN.

A Virtual Private Network or VPN is primarily an online security and privacy tool. It protects users’ online data by redirecting it through an encrypted tunnel.

It then passes it through an external server to protect your privacy too. This is the important bit for Netflix fans because when your data passes through this server, the IP Address it is tagged with is changed to the IP Address of the VPN server.

This is mainly for privacy protection, but a beneficial side effect is that it can be used to unblock services like Netflix.

VPNs operate servers all over the world, and users can choose which of these servers to use. If you want to unblock American Netflix in South Korea, all you have to do is choose a US-based server.

This will tag your data with an American IP Address, and when Netflix sees this, it will automatically redirect you to the American Netflix service.

All you have to do is sign in and start watching.

This is one of the questions we get asked all the time. Netflix certainly likes people to think that it blocks all VPN users. The truth is that it tries, but its success rate is far from 100%.

The only real way that Netflix can block VPN users is by manually identifying and then blocking every IP Address used by every VPN provider. This is time and resource-intensive, and also extremely difficult.

It is made even more difficult by the fact that quite a few VPNs have battled back. They use different techniques to either change their IP Address or hide them from Netflix. It is like a game of cat and mouse and one that Netflix can never totally win.

As a result, there are a number of VPNs that can still unblock American Netflix in South Korea, and many other countries around the world too.

What Is the Best VPN to Watch American Netflix in South Korea?

So, that’s how it works. The question is, which VPN is the best one to use. We have been testing all the top VPNs over the past few weeks to see which the best is at unblocking American Netflix in South Korea.

Our Busan-based staffer has been putting them all through their paces and her results are now in.

Our recommendation for the best VPN to watch American Netflix in South Korea is ExpressVPN.

There are several reasons why ExpressVPN stood out in those tests:

If you want to stream western TV shows or movies in South Korea, the truth is that you get much more bang for your buck with American Netflix than their Korean service. This is why so many Koreans and ex-pats are looking for ways to unblock US Netflix.

As we have explained in this article, it is actually very to do with a VPN. ExpressVPN is our top recommendation, so give it a try and let us know your experience.