How to Watch American Netflix in Spain 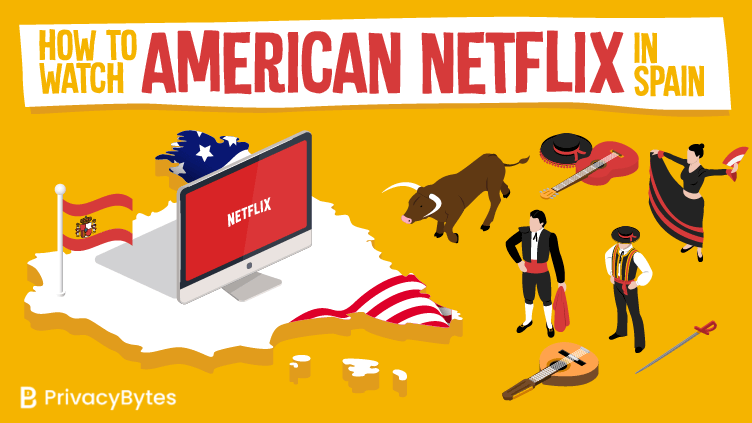 It is four year’s since Netflix launched in Spain. In that time, they have risen to be the second-largest subscription-based TV provider in the country with an estimated 2.2 million subscribers by the end of last year.

This represents steady growth, but in a country of more than 46 million people, they still have plenty of room for growth. One of the things holding Netflix back is the modest amount of content available to its Spanish customers.

Spanish Netflix currently has just over 1,000 TV shows and just over 2,300 movies in its content library. But this pales in comparison to the United States. American Netflix boasts a whopping 1,800 TV shows and well over 4,000 movies.

Despite only having half the content of its American equivalent, Spanish Netflix still charges broadly the same monthly subscription fees for its service.

Little wonder then that it is not just US ex-pats but a growing number of Spaniards who are looking to access American Netflix from Spain.

This is actually very easy to do if you sign up for a VPN. In this article, we are going to tell you exactly what you need to do as well as recommend the best VPN for the job.

Quick Start Guide: How to Watch American Netflix in Spain

If you want to skip the details and just start streaming, you will want to take a look at our Quick Start Guide first. It contains everything you need to know to start watching American Netflix in Spain in just a few minutes:

It’s that simple! All you really have to think about is which VPN to use. We can help you there too. Keep on reading if you want to know the results of our exclusive tests and find out which is the best VPN for unblocking American Netflix in Spain.

Why Is American Netflix Different From Spanish Netflix?

The main reason why American Netflix is different from Spanish Netflix is because of rights.

Netflix must buy up the rights to all of the shows it streams that it hasn’t made itself. These are auctioned off to the highest bidder and, inevitably, Netflix does not always win.

As a result, Netflix ends up with different rights in different countries, and no two Netflix content libraries are the same.

Netflix’s American offering has more than almost every other country for the simple reason that they are an American company and so have been buying up rights there for longer.

They would love to offer more in every country. But rights only come available every so often, so their content growth is at best, slow and steady.

Netflix is required to stop people from accessing content in countries where they don’t hold the rights. To do this, they use a technique known as geo-blocking.

Geo-blocking is a process which checks the IP Address of everyone who visits their website. An IP Address is like your computer’s home address. It tells Netflix where you are connecting from.

If Netflix sees from your IP Address that you are located in Spain, its website will automatically redirect you to the Spanish Netflix site. All other Netflix services will be blocked and unavailable to you.

It’s a clever technique, but it does have one glaring loophole. It is very easy to get around if you use a VPN.

A Virtual Private Network (VPN) can get around geo-blocking because it is able to change your IP Address. When you connect a VPN, it encrypts all of your online data and then redirects it through an external server.

When your data passes through this server, the IP Address tagged on your data is changed to the IP Address of the server. This is a device to protect user privacy online, but it also helps to get around geo-blocking because it means Netflix will only see this new IP Address.

VPNs run server networks all over the world. If you choose to connect to a VPN server in America, that means that your data will be tagged with a US IP Address. If Netflix sees one of those, it will redirect you to their American service, even if you are actually in Spain.

In this way, it is quite easy to unblock American Netflix in Spain or any other country in the world too.

Netflix doesn’t like people using VPNs in this way and, under pressure from rights holders, they have tried to put a stop to it. But this is far easier said than done.

The only way Netflix can block VPNs is by manually identifying and blocking individual IP Addresses linked to VPNs. This is a very time and labor-intense task.

It is made even harder by the fact that it is quite easy for VPNs to hide. There are various ways to mask their IP Address, and if Netflix does work them out, it is also quite easy to change them too.

As a result, there are quite a lot of VPNs that have managed to evade Netflix’s efforts to block them and are still able to unblock American Netflix in Spain.

What Is the Best VPN to Watch American Netflix in Spain?

The question is, which of these VPNs should you choose? To try and give a reliable answer, we have tested all the best VPNs to see which offered the best service to Spanish Netflix fans.

The results are now in. Our recommendation for the best VPN to watch American Netflix in Spain is ExpressVPN.

There are several different reasons why we have reached this conclusion:

Spanish Netflix is growing, but the truth is that it is still a pale equivalent of its American counterpart at the moment. This is why so many people in Spain still want to unblock American Netflix.

They can with a VPN and our tests have found that ExpressVPN is the best VPN to use. Have you tried to unblock American Netflix in Spain with ExpressVPN? If so, why not let us know how it works for you and share any other tips you may have with your fellow readers.