How to Watch American Netflix in Thailand 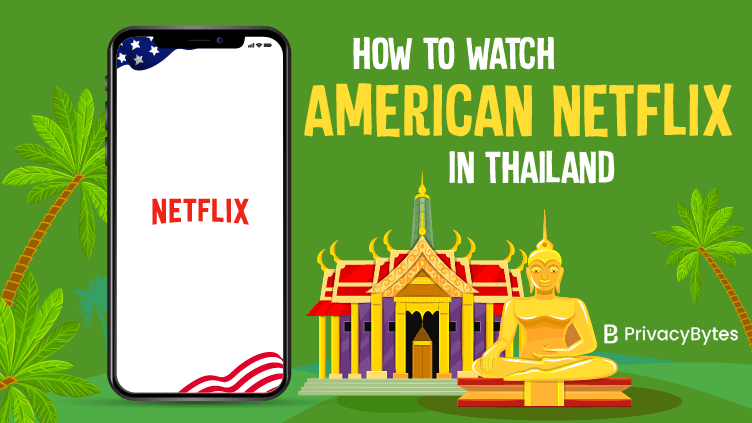 Netflix first launched in Thailand in 2016 but with a caveat. The service was not made available in the Thai language. As a result, subscriber numbers in a country of almost 70 million people have been modest.

There will be an estimated 546,000 Thai Netflix subscribers by the end of this year, meaning Netflix still has some way to go to be the dominant player in the market.

Part of the problem is that the Netflix content library in Thailand is somewhat lacking. Thai Netflix currently offers around 3,200 movies and 1,500 TV shows. In comparison, US Netflix has well over 4,000 movies and almost 2,000 TV shows.

It is a significant difference and shows all too clearly why so many Thai nationals and ex-pats living in the country are keen to access American Netflix instead.

Fortunately, you can do this quite easily if you sign up for a VPN. In this article, we are going to show you exactly what you need to unblock American Netflix in Thailand and reveal the results of our tests to find the best VPN to do the job.

Quick Start Guide: How to Watch American Netflix in Thailand

If you just want to get down to watching your favorite TV shows or movies, then we’ll begin with our Quick Start Guide. It will tell you everything you need to know to start watching American Netflix in Thailand in just a few minutes:

That’s all there is to it. The only thing you really have to think about is which VPN you want to use. But we can help there too. Our exclusive tests have revealed which VPN is best for unblocking American Netflix in Thailand. To find which VPN we recommend, keep on reading.

Why is American Netflix Different From Thai Netflix?

The sizable difference between the content libraries of Thai Netflix and American Netflix comes down to an issue of rights.

Apart from the shows they make themselves, Netflix must buy up the rights to all of the TV shows and movies it streams.

These rights are sold off by country and Netflix doesn’t win every auction it enters. As a result, it ends up holding the rights to show different content in different countries.

No two Netflix content library is the same, but its American one is much bigger than almost all of the others. This is because Netflix has been around in America for longer so it has been buying up rights there for longer too.

Right-holders insist that Netflix not allow people to watch their content in countries where they don’t hold the rights. To enforce this, Netflix uses a technique known as geo-blocking.

Geo-blocking is a process which checks the IP Address of everyone who visits the Netflix website. Your IP Address is like your computer’s home address. It tells Netflix where you are connecting to the internet from.

If your IP Address tells Netflix you are located in Thailand, their website will automatically redirect you to their Thai service and block you from accessing any other Netflix site.

It’s a simple but effective approach. However, there is one glaring loophole. It is very easy to get around if you use a VPN.

A VPN works by encrypting all of your online data and then redirecting it through an external server.

When your data passes through this server, the IP Address your data is tagged with is changed to the IP Address of the VPN’s server. Because VPNs operate server networks all over the world, users can change their IP Address to one from a different country.

So, if you connect to a server located in the USA, your data will be tagged with an American IP Address. When you visit Netflix, it is this IP Address they will see and so you will be directed to their American service rather than their Thai one.

Netflix does try to stop people using VPNs in this way. They have come under pressure from rights holders to clamp down on the practice and so have plowed considerable time and resources into preventing VPNs accessing their service.

To their credit, they have enjoyed some notable successes. But the truth is that the only way to stop VPN users is to individually identify and then block every IP Address used by every VPN.

This approach falls down when VPNs fight back. It is quite easy to change your IP Address and there are also various techniques to hide them too. Some VPNs haven’t attempted this, and they can no longer unblock Netflix.

But many others have and are still able to unblock American Netflix in Thailand.

What Is the Best VPN to Watch American Netflix in Thailand?

So, to the burning issue. Which VPN is the right one to use to unblock American Netflix in Thailand?

To try to find a definitive answer, our man in Bangkok has been testing all the main VPNs over the past few weeks, to see which works best.

His results are now in and our recommendation for the best VPN to watch American Netflix in Thailand is ExpressVPN.

There are various different reasons why he has reached that conclusion:

As long as Thai Netflix lags behind its American counterpart, there will always be a strong demand to unblock American Netflix in Thailand.

With ExpressVPN, this is easily achieved, and in this article, we have explained everything you need to know.

Have you tried to unblock American Netflix in Thailand with ExpressVPN? If so, why not let us know how it works for you and share any other tips you may have with your fellow readers.