How to Watch American Netflix in Vietnam 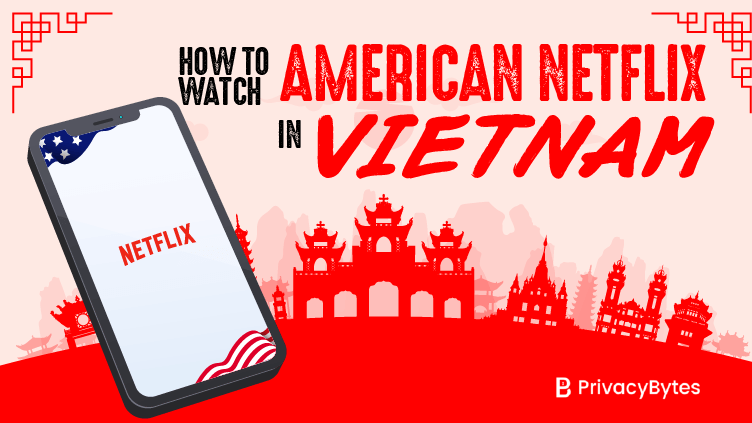 Netflix has struggled since it launched in Vietnam back in 2016.

As of October last year, it had gained only 300,000 subscribers, a fraction of the country’s 96 million population. There are several possible reasons for this slow growth.

One might be the preference of Vietnamese people to pay in cash rather than with credit or debit cards. Another may well be the absence of many of the most popular local TV shows and movies from Netflix’s Vietnamese service.

But one of the biggest factors is undoubtedly the fact that Netflix in Vietnam is a pale imitation of the service available in other countries.

Given that Vietnamese subscribers have to pay roughly the same monthly fee for their service, it is little wonder that a growing number of Vietnamese streamers, both local and ex-pat, are trying to sign up for American Netflix instead.

Doing this is actually pretty easy if you use a VPN. In this article, we are going to tell you exactly how to do this and also share the results of our exclusive tests to find out which VPN is the best at unblocking American Netflix in Vietnam.

This is actually very easy to do if you sign up for a VPN. In this article, we are going to tell you exactly what you need to do as well as recommend the best VPN for the job.

Quick Start Guide: How to Watch American Netflix in Vietnam

Let’s cut to the chase. If you just want to start watching American Netflix in Vietnam as quickly as possible, here is a simple step-by-step guide to help you do just that:

That’s all there is to it. All you really need to do is decide which VPN to use. But we can help there too. Our exclusive tests have revealed which VPN is best at unblocking US Netflix in Vietnam. To find out which we recommend, just keep on reading.

Why Is American Netflix Different From Vietnamese Netflix?

The reason Vietnamese Netflix offers so much less content than American Netflix is all to do with rights.

Netflix buys up the rights to all of the shows it streams apart from the ones it makes itself. These rights are generally auctioned off to the highest bidder. Netflix is not the only streaming service around, so it doesn’t always win these rights.

As a result, Netflix ends up with a mixture of different shows in each country. No two Netflix libraries are the same. And because it has been operational in the USA the longest, it is here where they have the most content available.

Netflix’s ultimate ambition is to be able to stream everything for everyone everywhere. But for now, users in different countries have to make do without whatever Netflix can get their hands on.

Netflix has to stop people from accessing content in countries where they don’t hold the rights. Like most streaming companies, they do this using a technique known as geo-blocking.

Geo-blocking works by checking the IP Address of anyone who visits their website. An IP Address is like your computer’s home address. It tells Netflix exactly where you are connecting from.

If your IP Address tells Netflix you are in Vietnam, you will find yourself automatically redirected to the Vietnamese Netflix service. Any other Netflix service will be blocked and unavailable to you.

It’s a simple yet effective technique. But there is one glaring loophole. It is really easy to get around if you use a VPN.

A VPN or Virtual Private Network is an online security and privacy tool which is able to fool Netflix into thinking you are in a different country.

A VPN works by encrypting all of your online data and then redirecting it through an external server. When your data hits this server, your IP Address is replaced by the IP Address of that server.

Now, VPNs operate server networks in countries all over the world. If you choose to connect to a server-based in the USA, the new IP Address given to your data will be an American one.

This means when you visit the Netflix website, they will think you are located in the US and so redirect you to the American Netflix service. All you then have to do is log in and start watching.

Netflix knows very well that people use VPN’s in this way and they don’t like it. Or, to be more accurate, the rights holders they rely on for content don’t like it. As a result, Netflix goes all out to try and stop people from accessing their site using a VPN.

But this is much easier said than done. The only way Netflix can block a VPN is by manually identifying and then blocking every IP Addresses connected to that VPN. This is a very labor and resource-intensive process.

It is also not 100% effective. Some VPNs have chosen not to fight back, and as a result, they can no longer unblock Netflix. But many more do, either by changing IP Addresses or masking them.

As a result, there are plenty of VPNs that are able to evade Netflix’s efforts to block them and these can still allow you to watch American Netflix in Vietnam.

What Is the Best VPN to Watch American Netflix in Vietnam?

So, of those VPNs that still work with Netflix, which should you choose. To try and answer this, our man in Hanoi has spent the last few weeks exhaustively testing all the top VPNs to see which is best at unblocking American Netflix.

His results are now in and our recommendation for the best VPN to watch American Netflix in Vietnam is ExpressVPN.

There are several reasons why ExpressVPN is our top pick:

If Netflix is honest, their Vietnamese service still has some way to go before it is competitive. At the moment, it is vastly inferior to their American service which is why so many Vietnamese nationals and ex-pats want to watch that instead.

With ExpressVPN, they can. In this article, we have explained exactly how and why ExpressVPN is so good at unblocking American Netflix in Vietnam. Why not give it a try today and let us know how it works for you in the comment box below.